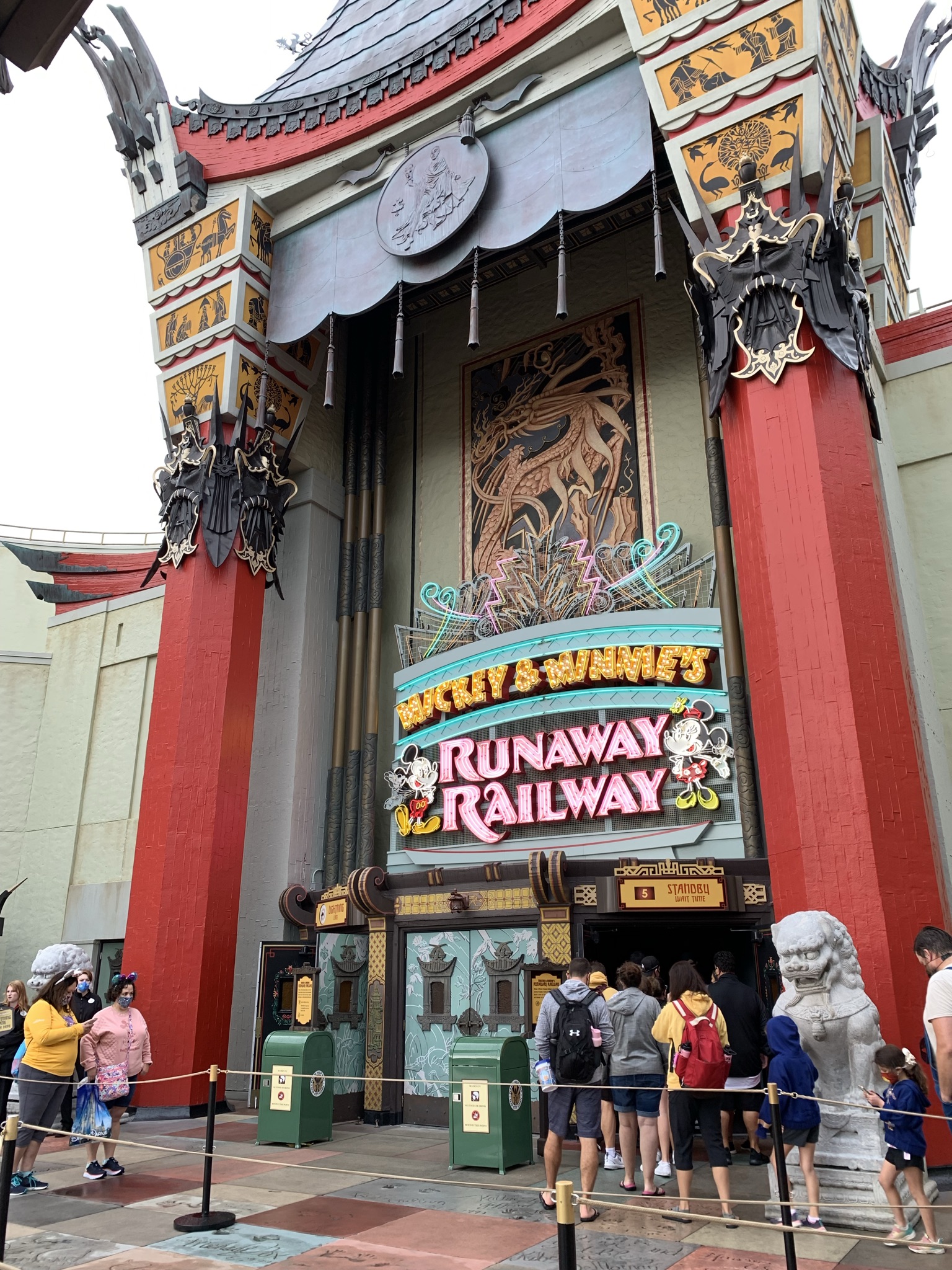 FastPass at Disney World has been retired and has been replaced by Disney Genie+ and the Lightning Lanes.

You can avoid a lot of waiting at Hollywood Studios with Genie Plus and the Individual Lightning Lanes, but only if you know how to use them!

Read on to learn everything you need to know…

Does Hollywood Studios Have Fastpass Tiers? 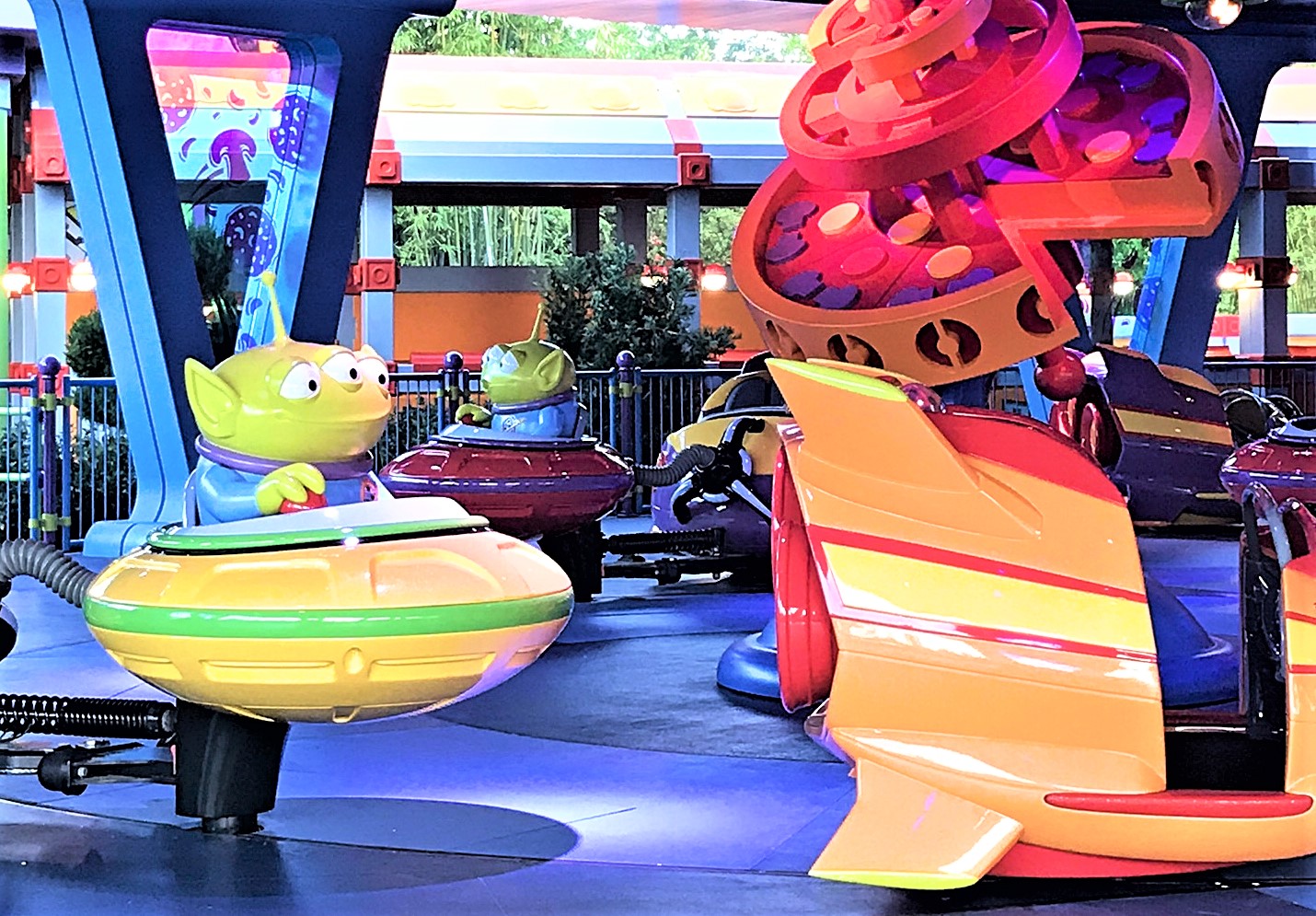 There are two different types of Lightning Lanes (which replaced Fastpass) at Hollywood Studios.

Purchasing Genie+ for the day will allow you to use the Lightning Lane at roughly 50 attractions across the four parks.

These are called the Genie+ Lightning Lane attractions.

Whether you purchase Genie+ or not, you can also buy access to the Lightning Lane at the two most in-demand attractions at each park.

These are called the Individual Lightning Lane attractions.

Genie+ won’t work to get you access to the Lightning Lane at these two rides. You have to pay individually for these attractions.

To help with confusion, I’m going to explain these one at a time. I’ve also color-coded the terms throughout the post to help you keep them straight! 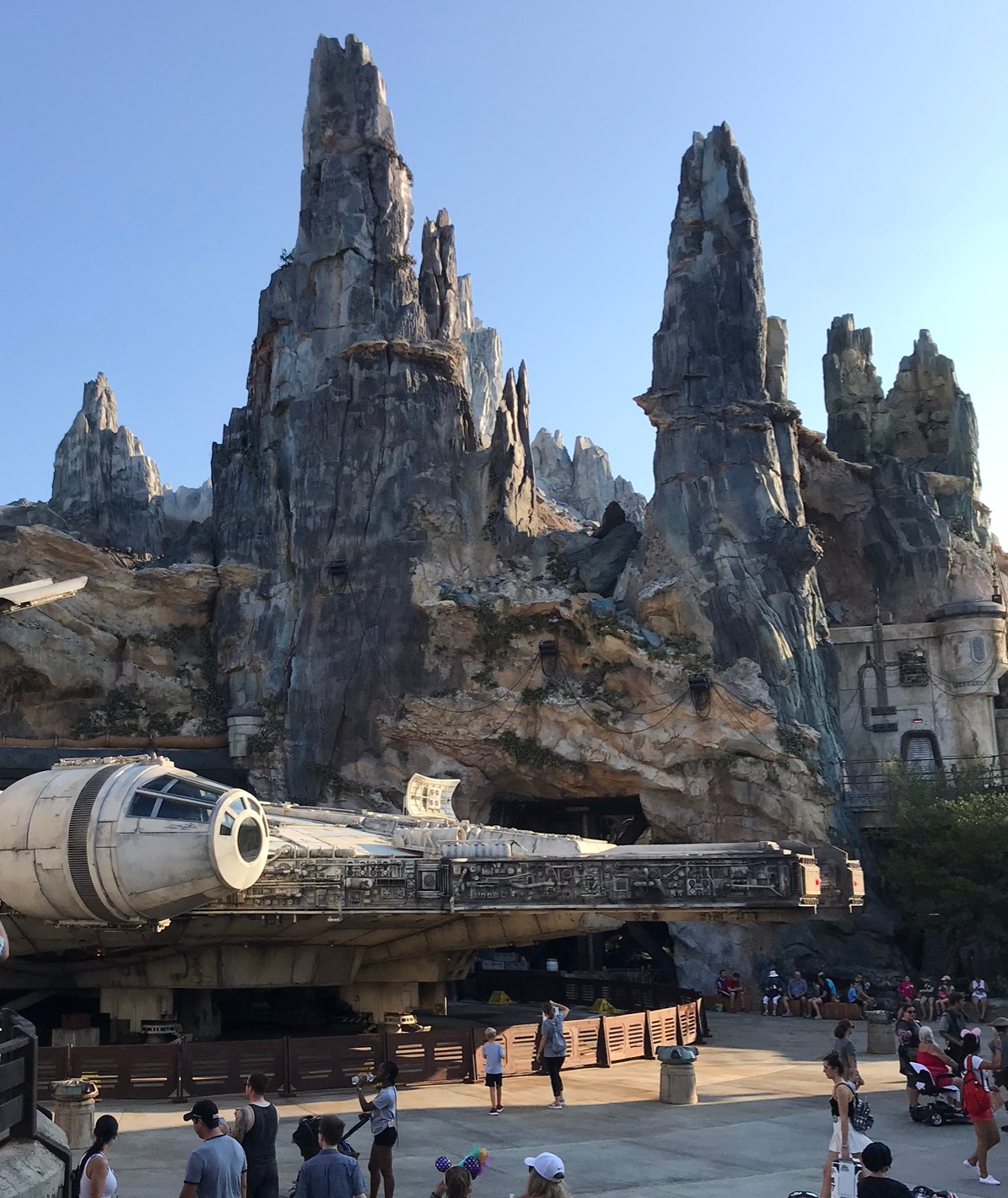 The Millenium Falcon in Galaxy’s Edge

You can purchase a “Fastpass” for the Lightning Lane for these attractions individually.

You get a “Fastpass” for the Lightning Lane for these attractions when you purchase Genie+ for the day.

How much does Genie + Cost?

In order to use the Genie+ Lightning Lanes, you will need to purchase Genie + for that day.

This is $15 per person per day, so you can see that the costs can really add up.

If you are new to Genie+ and the Lightning Lanes and need the basics, click here to go to my Ultimate Guide and get a free printable cheat sheet! 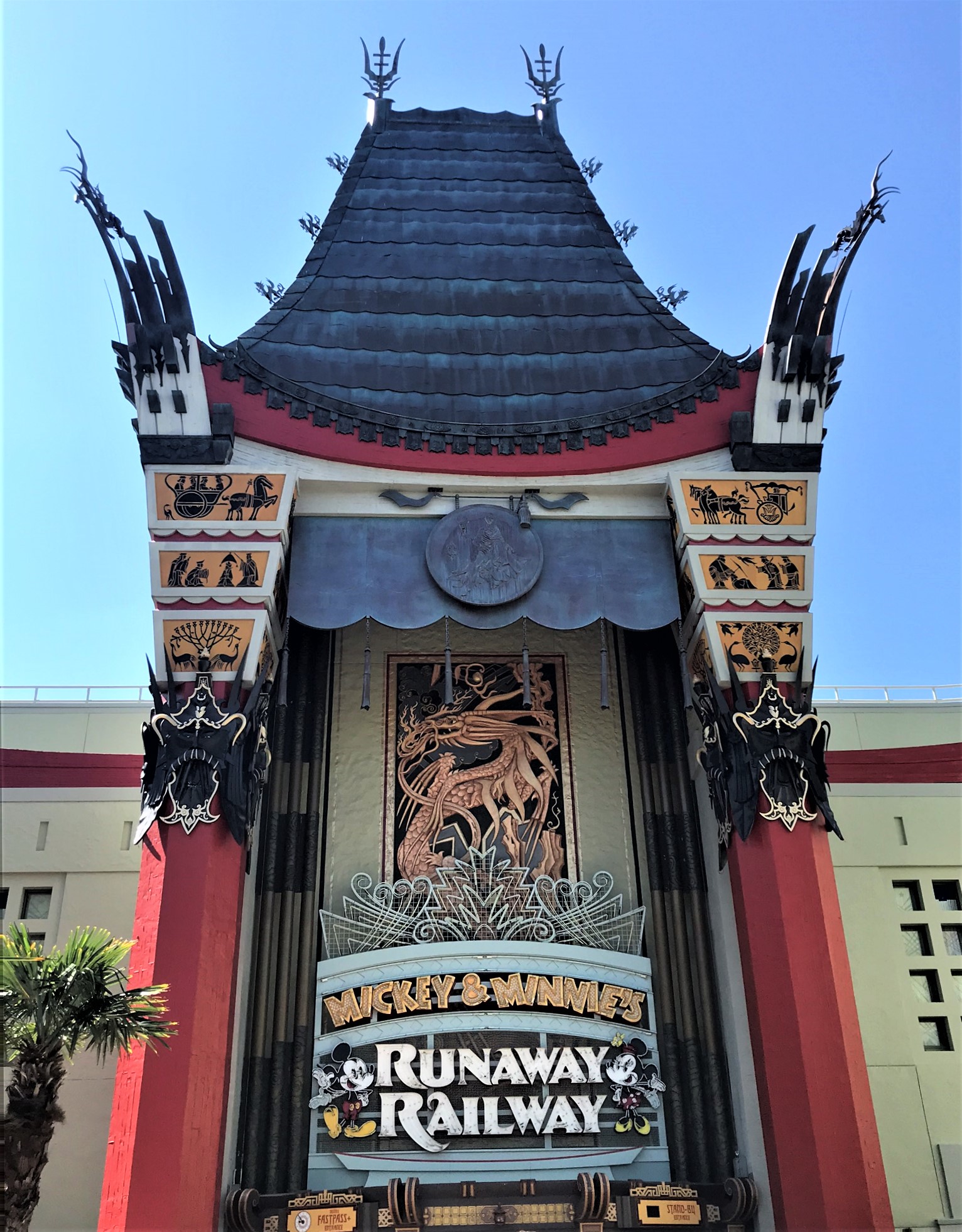 The cost of Individual Lightning Lane selections depends on the attraction and the day you are visiting – for example, the price is higher during peak seasons and on weekends.

Here are the average costs for the Hollywood Studios Individual Lightning Lane selections:

Your price may be slightly higher or lower than these prices. 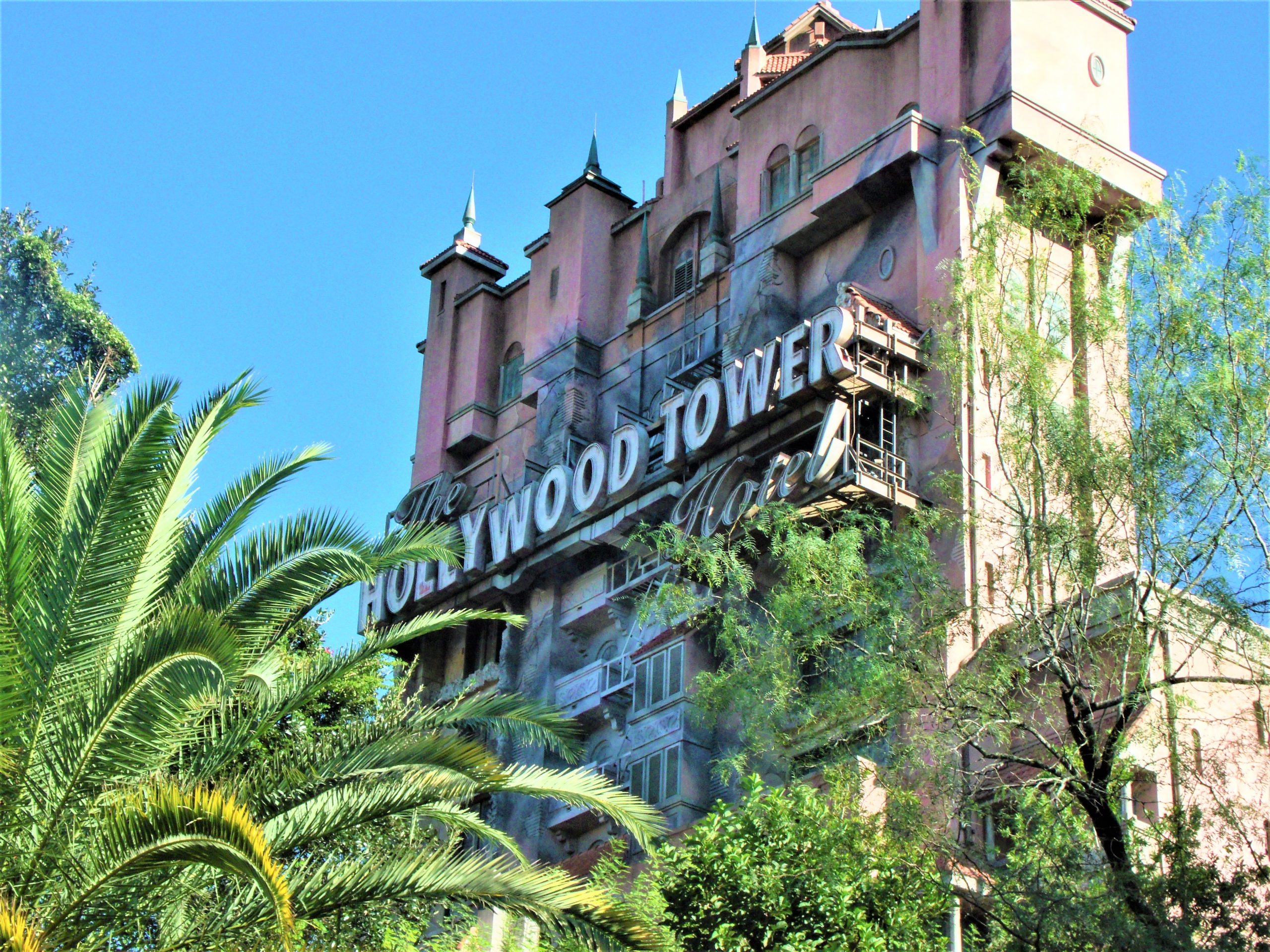 Other attractions at Hollywood Studios are Genie+ Lightning Lane attractions.

You can get a “Fastpass” for these attractions when you purchase Genie+ for the day.

There are also many attractions that aren’t included in either of these groups, so don’t limit yourself to these!

If you want a custom touring plan that includes all of the attractions that your group will love, click here to learn about a subscription to Touring Plans.

Can I get a Fast Pass For Rise of the Resistance? 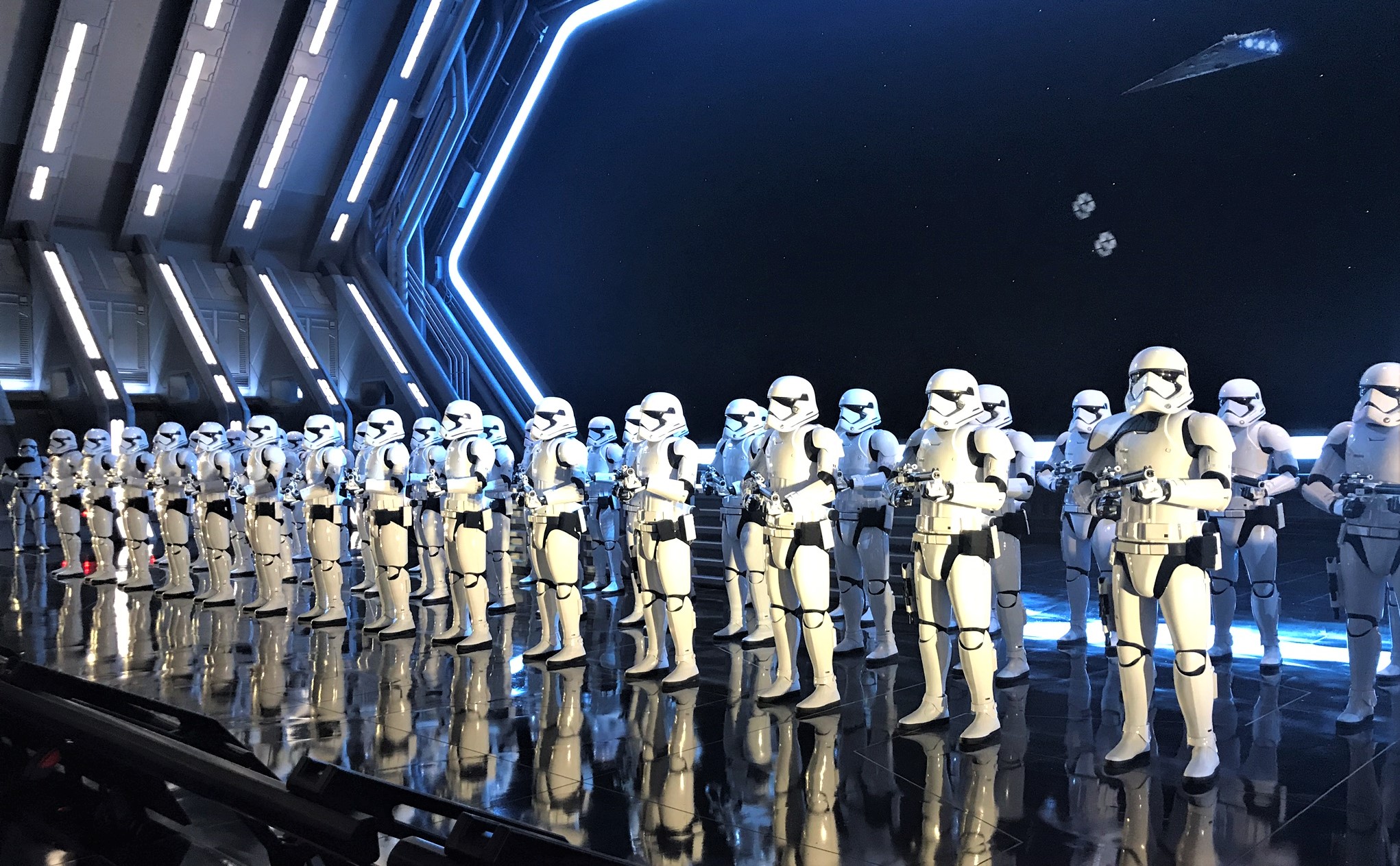 The most popular attraction at Hollywood Studios (and possibly all of Disney World) is Star Wars: Rise of the Resistance.

You can purchase a “FastPass” for the attraction by buying a spot in the Lightning Lane.

If you are staying at a Disney resort you can purchase your pass starting at 7 am the day of your visit.

If you aren’t staying at a Disney resort you’ll have to wait until the park officially opens to buy your pass.

If you aren’t able to purchase a Fastpass for Rise of the Resistance you will have to wait in the standby line.

The height requirement is 40″ but keep in mind that there are scary elements and your child should be able to understand that the attraction is pretend and they are in no real danger.

What attractions should I FastPass at Hollywood Studios? 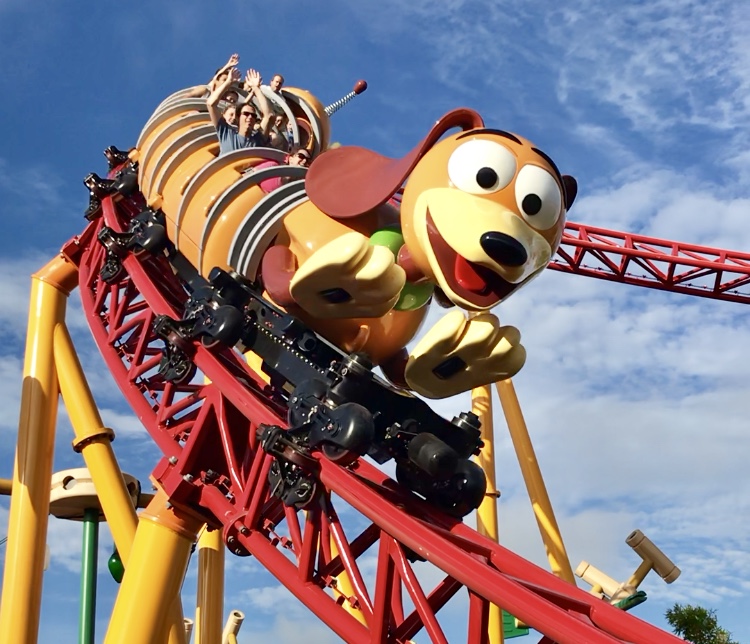 The hardest Fastpass to obtain in all of Walt Disney World is for Slinky Dog Dash.

If you want an early return time for Slinky Dog Dash, you will want to be on the app exactly at 7 am the day of your visit.

Be in the Tip Board and grab your Lightning Lane time for Slinky Dog as soon as the clock turns 7 am!

The other attractions that are most in-demand at Hollywood Studios include: 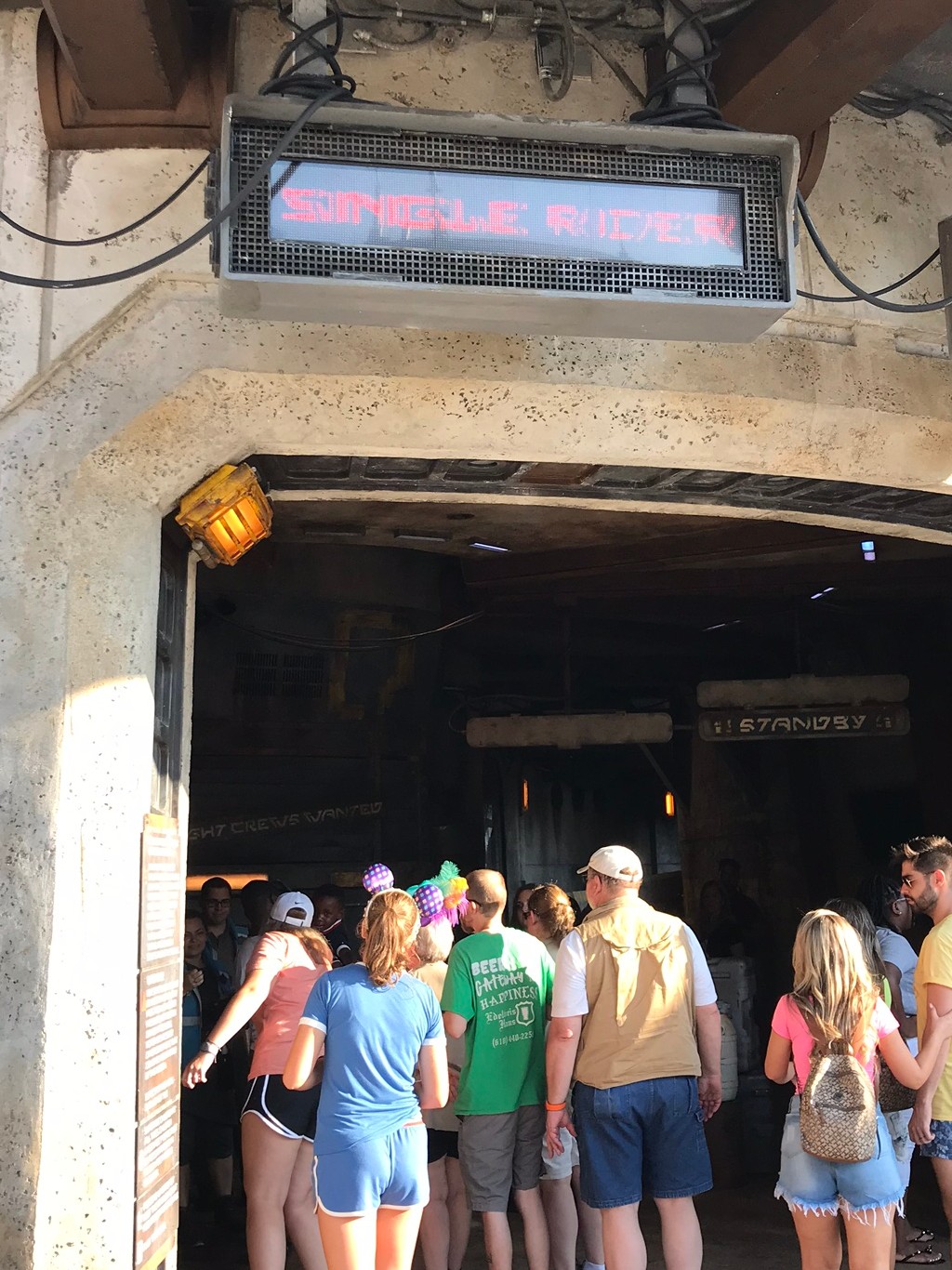 Millenium Falcon: Smuggler’s Run also has a single rider line. This means you can ride it with a short wait as long as you don’t mind being separated from the rest of your party.

I hope this post helped you understand how Hollywood Studios FastPass Tiers work. Any questions? Please leave a comment below or join the discussion in The Budget Mouse free private Facebook group!

Check out these related posts: 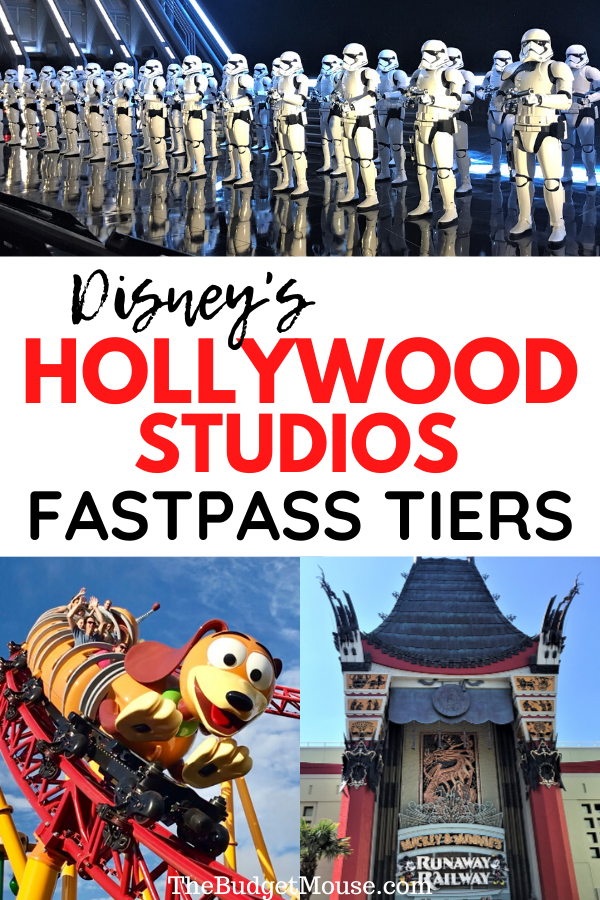